By creating an account with our store, you will be able to proceed to the checkout process faster, view and track your orders in your account and more.

CART
DO YOU NEED HELP?

"Prelibata Stories" is born from the collaboration of Prelibata with Confartigianato, The Italian Community of Londonand Italian Food Blogger... read more 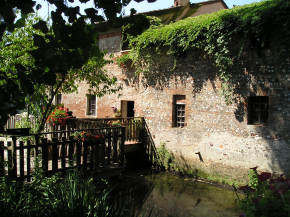 In 1892, as Renato Zanella writes, Mr. Francesco Zanella, producer of Summano Real Beer of Rocchette, buys the building “Riva dei Frati” in Piovene, which was inhabitated by the monks Girolimini for centuries; during the refurbishment works of the abandoned complex, some workers found a breviary with some indications of the recipe of an herbal spirit, written by hand.

Mr. Zanella, aware of the monks' return to Santorso, gave it to Luigi De Stefanis, first Prior of Gerolimini order.

The monk was not able to produce the spirit, so he passed the recipe to two expert pharmacists of Schio: Dr. Marco Saccardo and his follower Dr. Cesare Zanella, who improved it and exhibited at the major international fairs of the time obtaining great success. The spirit gained rewards and gold medal at the Expo in Paris in 1900, at the internation exhibition in Rome and Venice in 1902.

in the 30s, the monks get the recipe back and continue its production until 1948, when the monk Francesco Gruba finally passes the recipe and production to Mr. Renato Zanella, who will carry it on until 1991. It's very curious to see how the surname Zanella recurs often in the history of Girolimino, even if there's no kin relationship between them.

Today, thanks to “Molin Vecio” 's owners, the Girolimino returns to its original recipe, restoring an old tradition that was dying out, proposed again with all the passion and attention it deserves, as a pearl in the history of the people living by Summano Mount, who still contribute to its existence.

Discover the history of Molin Vecio

Built in an old mill of 1520, the Molin Vecio stands in a fascinating, fairy-tale location, surrounded by the greenery and the clear waters of Risorgive, natural springs. In the summertime it's possible to dine by the lake under the gazebo, have a walk along the “Brolo” (orchard) searching for fruit trees and visit the botanical garden, where you can find more than 100 herbs, which are normally used for the preparation of the courses.

The natural environment of Molin Vecio is the perfect location to work in a good congenial way, where mental and manual work meet and cope, enjoying the slow seasons flowing, enhancing the food peculiarities.

The tireless water flows in the mill setting the pace of time, that here doesn't seem to pass. The Molin Vecio is the philosophy of  living of the owners, highlighting the substance rather than the appearance, the break rather than the rush, the greenery as a   getting together, visible element, and that is part of the continous innovation in its proposals.

From many years Mr. Sergio Boschetto, the owner of Molin Vecio, is researching for old crafts, aromatic herbs, traditions and anything concerning the Vicenza popular tradition, in collaboration with the master Galliano Roset. Those searches then are  reported and illustrated on paper, creating their lithographies.

STAY IN TOUCH WITH US
THROUGH OUR SOCIAL